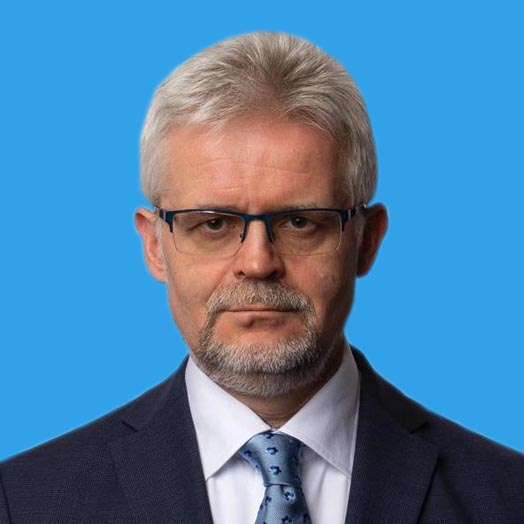 Dr. Urban Rusnak became Secretary General of the Energy Charter Secretariat in January 2012. As of 1 January 2017 he has been re-elected for the second 5 year term. Dr. Rusnak is Slovak by nationality. He graduated from the Moscow Institute of Oil and Gas in 1990 with an M.Sc. and received his Ph.D. from the Ankara University Institute of Social Sciences in 1998. Dr. Rusnak also holds an Honoris Causa doctorate from the Kiev Slavonic University since 2009. Prior to his appointment with the Energy Charter Secretariat, Dr. Rusnak worked at the Ministry of Foreign Affairs of the Slovak Republic and was the Leader of the Project for Slovakia's External Energy Security. Before that, he was Extraordinary and Plenipotentiary Ambassador of the Slovak Republic to Ukraine (2005-2009), Head of the MFA Political Analysis Division (2003-2005), Deputy Head of Mission at the Embassy of the Slovak Republic in Turkey (1994-1998). He also held the position of Executive Director of the International Visegrad Fund in Bratislava (2000-2003) and Director of the Slovak Institute for International Studies (1999-2000). Additionally, Dr. Rusnak was a Lecturer at the Kiev Slavonic University (2005-2009) and at the International Relations Faculty of the Economic University in Bratislava (2000-2003). He was also Chairman of the Editorial Board of the Slovak Institute for International Studies (2000-2003), Editor in Chief for the MFA International Issues Journal (1998-1999) and is the author of several articles on international relations, energy security, development assistance and Caspian oil and gas issues. Since becoming Secretary General, Dr Rusnak has focused his efforts on the modernisation and expansion of the International Energy Charter Process, and on the updating of the institutional arrangements for the Conference. A chairmanship of the Energy Charter Conference by member states was introduced in 2014. The most important step in the modernisation efforts up to now has been the adoption of the International Energy Charter in May 2015. This political declaration which addresses the energy challenges of the twenty first century has been shared by almost 100 signatories creating ever growing International Energy Charter worldwide family. Dr. Rusnák is constantly promoting the modernisation of the ECT.